Inside your computer is a processor that does all the computational work and running of your programs. Each processor model is different but the common measure of their performance is the speed. So how is processor speed measured?

We commonly use a term, Gigahertz (GHz) to refer to a processor’s speed. For example, a 1GHz rating implies the processor’s clock does 1Billion cycles per second. But this alone does not indicate the actual real-life speed of a certain processor.

Nonetheless, a desktop-grade CPU with a rated CPU speed of 4.2 GHz runs 4.2 billion cycles every second and we can also reference the speed as 4200 Megahertz (MHz). Simply put, 1000MHz makes 1GHz.

The clock speed has recently become the standard for measuring the performance of a processor. But this number does not paint the full picture of the processor’s speed.

How Is Processor Speed Measured

Once we know the number of instructions it can perform in a cycle, we can multiply that by the number of cycles you get every second.

From there, it’s just a matter of calculating the result based on the number of cores you have and the value you get will be the actual number of instructions that a processor can carry out in a second, hence, its speed.

Well, that is very complicated. And it’s probably the reason why most people usually only consider the mentioned clock speed.

Let study this in depth: 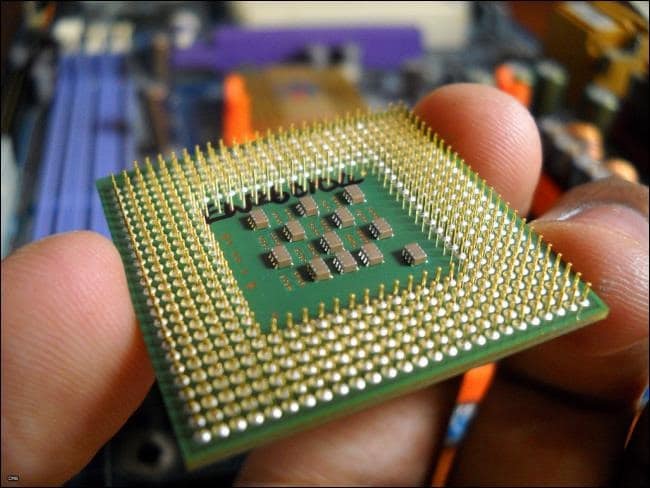 The CPU and all the components inside it need to be synchronized in order to work correctly. To achieve this, the processor makes use of an internal oscillator that tells the different components when to work.

The speed of the oscillator is what is more commonly referred to as the clock speed of the processor and it shows you just how many cycles the clock goes through in a second.

The CPU carries out instructions which are a very simple term for the computing that goes on within its circuitry.

As mentioned, a processor’s clock speed does not completely determine its speed or potential. This is because each processor handles the processing of instructions differently and each handles a different number from the other.

Hence, you can find a high clock speed CPU that gets outperformed by a lower clock speed simply because the lower one can perform more instructions per cycle (IPC).

Clocks Speed vs Instructions Per Cycle

The clock speed of a processor refers to the number of cycles that the chip can perform in a second.

IPC, on the other hand, refers to the number of instructions that the processor can process on every single cycle.

What Makes a CPU Fast?

What all this tries to imply is that the speed of a CPU is a multidimensional aspect with many factors, key among which are the IPC and the clock speed.

A fast processor is one that has a high clock speed and equally has a high IPC for each of the counted cycles.

Both the clock speed and the IPC will vary in real-world usage based on workloads, and you can similarly overclock your CPU to get faster clock speeds from it and ultimately more IPCs, inherently making it faster in the long run.

Multicore processors are not a new thing and most modern chips on computers utilize this feature.

A processor core is an independent unit on the chip itself that handles data processing. Where in the olden days, a CPU only had one core, nowadays you can get as many as 64 Cores in some high-performance units like the AMD Ryzen Threadripper 3990X.

To put this into perspective, having two or four processing cores is akin to having two or four actual processors as they each work independently. The only thing is the cores share a few connections on the computer like the chip itself.

It, therefore, stands to reason that the more cores you have on a processor, the faster the processor will be in multitasking operations. This is more ideal for applications that scale well with multicore processors.

Nevertheless, with each core acting independently, you will be able to get twice as much performance, theoretically, from a quadcore processor operating with a certain speed at a certain IPC than you would with a similar dual-core processor.

CPU threads are also commonly known as logical processors. They are like cores, only virtual. What this means is that unlike physical cores that exist on the processor itself, logical cores, or threads are created to enhance the processor’s performance.

For example, the Intel Core I5-1130G7 processor is a four-core unit and apart from that, has 8 threads.

Another very important component that determines the speed of the processor is the size of the Cache.

All processors have cache memory located very close to the cores. They are basically RAM, but with very high speed and close proximity.

There are three types of cache memory i.e L1, L2, and L3. Of these, L1 is the fastest and L3 is the slowest to access.

L1 and L2 are available for each core separately. L3 cache is shared between all cores.

The higher the cache memory, the more common instructions it stores and hence the faster the processor is.

Also Read: How to Tell If RAM Will Work With Your Motherboard

A quoted speed will often be the ideal and achievable value. But in real-life usage, processor speeds vary based on the task at hand and even your settings, as we see from overclocking to increase speed or thermal throttling to lower CPU temperatures.

You have just seen how is processor speed measured. There are more aspects to consider like the available cache to store the most commonly used instructions for faster access.

Be that as it may, a processor is a computational device and its speed will depend on how fast it can successfully achieve its tasks.

While the clock speed is a common value given for the speed of a CPU, it hardly describes the real performance when taken into account solely. For a more definitive answer, you will need to look at the number of instructions handled in a second.