The Central Processing Unit (CPU) is popularly regarded as a computer’s brain. Though it’s designed to provide stable performance for several years, even it can become damaged and malfunction. In that case, you might be pondering, how to tell if CPU is bad?

Essentially, there are specific signs and symptoms of a damaged CPU. These include the inability of the PC to boot and the operating system to load, power-on errors and beeps, screen freezing and Blue Screen of Death along with slow performance and unexpected shutdowns. You can also have a look at the motherboard and find charred spots that indicate a damaged CPU.

Note that CPUs are one of the longest-running components of a computer with an average life of 7-10 years.

As with any electronic component, they also have an age beyond which they may become weak.

Quick Navigation hide
1. The Importance of CPU for Your Computer
2. How to Tell if CPU is Bad?
3. Conclusion

The Importance of CPU for Your Computer

The CPU controls the operation of all computer parts. It performs calculations and manipulates data at high speed. It runs your programs, whether it’s designing applications or web browsers.

At first, the CPU loads the programs from the hard drive into memory and then executes the instructions related to the software. If the CPU doesn’t function accordingly, the computer can’t get data from the hard drive, run any application and subsequently display information on the screen.

In simple terms, if the CPU fails, the computer will not work. It must be replaced or fixed to get your computer running again.

How to Tell if CPU is Bad?

As the CPU in your computer gets aged or you put extra load on it beyond its processing power, it can ultimately become bad. It could also overheat due to dirt and dust and poor power supply and fail.

Due to these reasons, a question naturally comes in mind of many people that how they can tell if the CPU has failed to function properly.

There are various signs and symptoms you can look for in your computer as an answer to the above question. It would help you to identify if your computer’s CPU has also become bad.

We would discuss some of these below:

In most cases, a bad CPU causes a computer not to undergo the boot process upon turning on and the operating system doesn’t load. The screen may remain blank though you may hear hard drive or fans that are operating. The computer does not respond even with a keypress or mouse click.

However, in some cases, you may also get a blue screen as you turn on the computer that also indicates a faulty CPU. A blue screen displays technical information in white letters on a blue background.

As you see, when computers are turned on, a series of system checks undergo that is known as POST. It stands for “Power on Self Test”. This scan checks the CPU, RAM and disk drives for their proper functioning.

If all the tests pass, the computer will boot up automatically and the operating system loads normally. In case if the tests fail due to bad CPU, the motherboard produces a beeping sound.

The number of beeps is a code that further indicates the problem detected. You also can view the POST errors on the BIOS information screen. BIOS is built-in software that is pre-installed on the motherboard that runs the POST series of tests.

For example, the AMI BIOS beeps five or seven times upon detecting a bad CPU.

3. Screen Freezing at the Level of Operating System 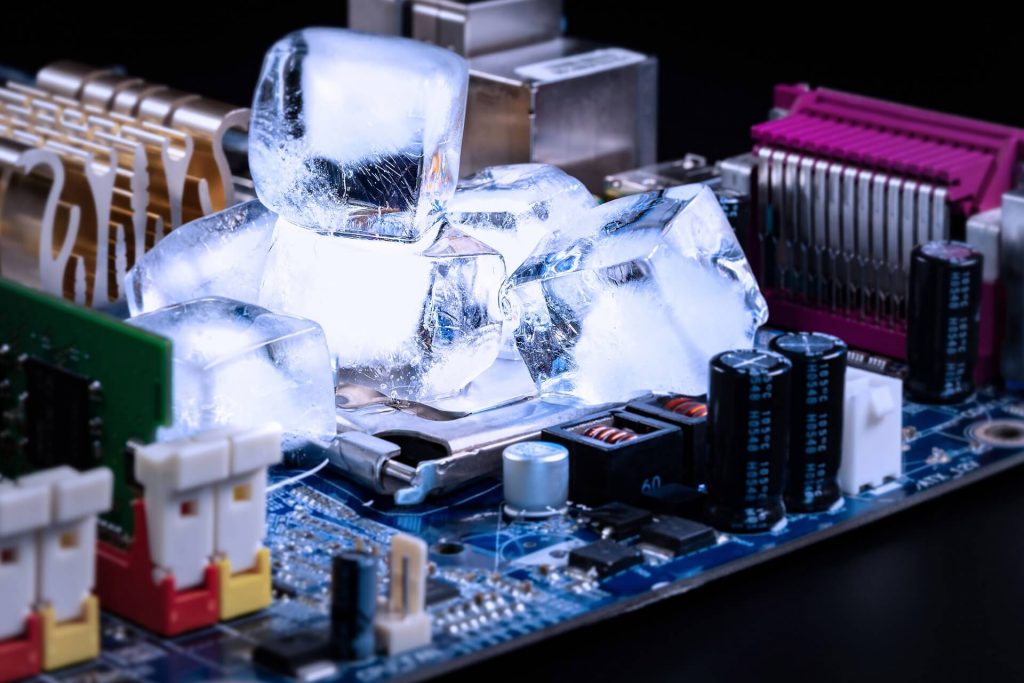 Different scenarios may occur at the level of the operating system (OS) in computers. In some cases, a damaged CPU may cause screen freezing during the load screen of the OS such as Windows. In other cases, the screen freezes in Windows after being on for a few minutes while you are working.

Most of these OS-specific errors are proceeded by a Blue Screen of Death that we talked about earlier. These error screens call out the processor or CPU as an issue.

Also Read: Best All in One Computers for Home Use

You might have managed to somehow power on your computer with a deteriorating CPU. However, in that case, the system can lag and become slow and sluggish. The operating system takes more time to startup and open programs.

A more evident sign of a bad CPU is that as soon as you turn on your computer, it shuts down.

As you see there could be many reasons for system lagging and unexpected shutdown. But we point out one and that’s the accumulation of dust and dirt over time.

Computer components covered in dust run with more heat than they are made to and the same is the case with CPU. Excessive dirt causes the CPU to throttle performance. It’s a method in Windows and BIOS that prevents the CPU from overheating.

As a result, you often find that the performance of the computer system drops down significantly. Note that some CPUs don’t make use of throttling and on their overheating the computer will shut down or crash with a Blue Screen.

So, dust can damage the CPU and hence your computer. That’s why it’s important to make sure that the inside of your computer is ventilated, and the fans and heat sinks are also devoid of dust.

You can also recognize a bad CPU by having a look at the motherboard. In most cases, the CPU appears burned and blackened, probably due to excessive overheating.

The circuit board surrounding the CPU may also have burned spots. This denotes that the CPU has been damaged permanently. In such cases, the only way is to get a new CPU and motherboard and build your computer again.

One very common issue with processor is the damaged pins on it. If one or more of the pins on the processor is either damaged or bent, that can cause your processor to mall function.

The damage to pins depend upon the type of processor you have i.e LGA or PGA.

LGA or Land Grid Array processors are utilized by Intel mostly. These do not have pins on the processor but on the motherboard.

So to check for damaged pins on an LGA based system, you’ll have to check it on the motherboard CPU socket.

PGA or pin grid array is utilized by AMD. These processors visible pins on them that can damaged or bent if not taken care off properly.

We looked at different ways that answer the query: how to tell if CPU is bad. While nobody wants to have the troubling experience of a damaged CPU, you can keep your CPU running by regular computer maintenance. This also includes timely cleaning.

After all, people may not even know that they are using a computer with a bad processor.

So, if you get the symptoms on your PC, its best to get it checked it through a skilled computer technician. If a bad CPU is the culprit, then he or she can help you find the best replacement for it.