5 Best Desktops for Game Development in 2021

Game development is among the most advanced task that you can perform on a desktop. Playing game itself requires a high end desktop so you can imagine that the desktop for building games must be extraordinary to say the least.

Of course the type of hardware you choose would depend upon the level and sophistication of the game you plan to develop. This in turn would entail the budget you would set for procuring the right machine.

In this article, we will look at the best desktops for game development of different complexities.

So in other words, we will review affordable all the way to expensive workstation grade desktops.

These desktops are not all the same in terms of performance and hence designated for different levels of gaming development complexity.

Whether you are a beginner game developer or an experienced developer looking for a decent mid range machine that provides you hassle free experience then we recommend this as the best desktop for game development.

We have chosen this desktop generally for those who do not have a very advanced budget nor any advanced requirements for game development.

If you create simple 2D or 3D games using GameMaker or Unity engine perhaps for mobile devices, then this desktop can provide you with enough juice to handle your work.

This desktop features a mid range AMD Ryzen 5 3600 processor. There is a consensus among most professionals that the minimum you should settle for in terms of processing power is either an AMD Ryzen 5 or an Intel Core i5 processor.

Anything less than this would cause you serious frustration. A good processor is essential for fast compilation of your game and since you would be doing that very often, a good CPU is a must.

Along with a good CPU, you must also look for a powerful graphics card. Fortunately, this features a decent NVIDIA GTX 1660S graphics. This among the most popular graphics card when it comes to performance / dollar value.

Other than that, this option offers a good 16 GB of RAM and 512 GB of SSD. While the RAM is sufficient, the storage can be a bit lacking if you have a lot of files to store.

All in all, we highly recommend this for both beginners and intermediate game developers.

Next up we have a desktop for game developers who work on low key games. This is a highly affordable desktop for those on a budget.

Therefore, as far as the minimum professional CPU requirements go, you are covered by the processing power.

As far as the GPU goes, this features the AMD Radeon RX 5500. This is a mid range GPU by AMD and in terms of performance it is weaker than the NVIDIA GTX 1660S.

Hence, for advanced 3D game modeling, this system may not be perfect for you.

Another drawback here is that it features 8GB of RAM instead of 16 GB of RAM as we saw in the desktop above. And finally, in the storage department it offers 512 GB of SSD.

The RAM here is a bit on the downside. While we recommend 16 GB of RAM, if you are on a budget and just want to meet the minimum requirement for a seamless operation for low key games, then this is recommended.

Incidentally, most game developers are okay with 8GB of RAM. Again, this all depends upon how complex a game you wish to build.

Ofcourse for larger games, we would advise you slap in another 8 GB stick.

So in short, if you have a limited budget or if you plan to work on only low level games, then this is the best desktop for game development.

It is a given fact that a power processor means a better working experience for game development.

A good processor improves almost every aspect of your work but most importantly, it improves the time it takes for the PC to compile your game.

In your time with game development you will be performing a lot of compilation even perhaps multiple times in one sitting. Hence a good processor can save you plenty of time.

This desktop features a powerful 8 core AMD Ryzen 7 3700X processor with multiple threads. So in total you get 16 threads here. Not only is this processor excellent for multitasking, it can give you a significant boost to your game development productivity.

Therefore, if getting a good processor is your #1 priority then this is best desktop for game development.

Besides that, this also features a decent NVIDIA GTX 1660Ti. Note that the “Ti” version of 1660 is more powerful than the “S” version of the 1660 as we saw in the first desktop above.

While the difference isn’t drastic, it can still provide you with an advantage when 3D game designing.

The RAM on this desktop is a fair 16 GB and it features an average 512 GB of SSD.

If you are serious about your 3D game development then not only do you need a powerful processor but also a very powerful graphics card.

Hence, if you plan to build complex 3D games using your favorite engine, then this is the best desktop for game development.

Of course if that is not the case and if most of your game development assets are in 2D, then this particular graphics card would be an overkill. In that case we would recommend that you maximize your budget for the processor.

However, if 3D game development is your forte, then you will need to balance your budget for both a good processor as well as a good graphics card.

And of course, having a powerful hardware also makes this an expensive machine to procure.

The desktop features a decent 16 GB of RAM and a high 1 TB of SSD storage.

So in short, the main highlight of this particular desktop is that it caters to the needs of 3D game developers. Hence it is recommended if you fit into that category.

Finally we have the most expensive desktop in this list. If you run a professional game development studio where you churn out epic and sophisticated large games, then this is a beast that you can look into.

For starters, this features a powerful Intel Core i9-9900K processor and of course, whenever an i9 processor is involved, you can expect that machine to be built for the toughest of the tasks.

Intel Core i9-9900K is among the most powerful processor available in the market at the moment. When it comes to any kind of professional work, it rarely gets any better than this.

The other hallmark features of this desktop is that it features the high end NVIDIA RTX 2080S graphics card. This is among the most powerful graphics card that you can find on desktops as well.

And finally the cherry on cake here is that it offers a whopping 32 GB of RAM for handling even the largest of game assets and files possible.

So in short, if you are an elite game developer, then this is the best desktop for game development in terms of sheer performance factor.

Is Having a Powerful PC Worth It for Game Developers? 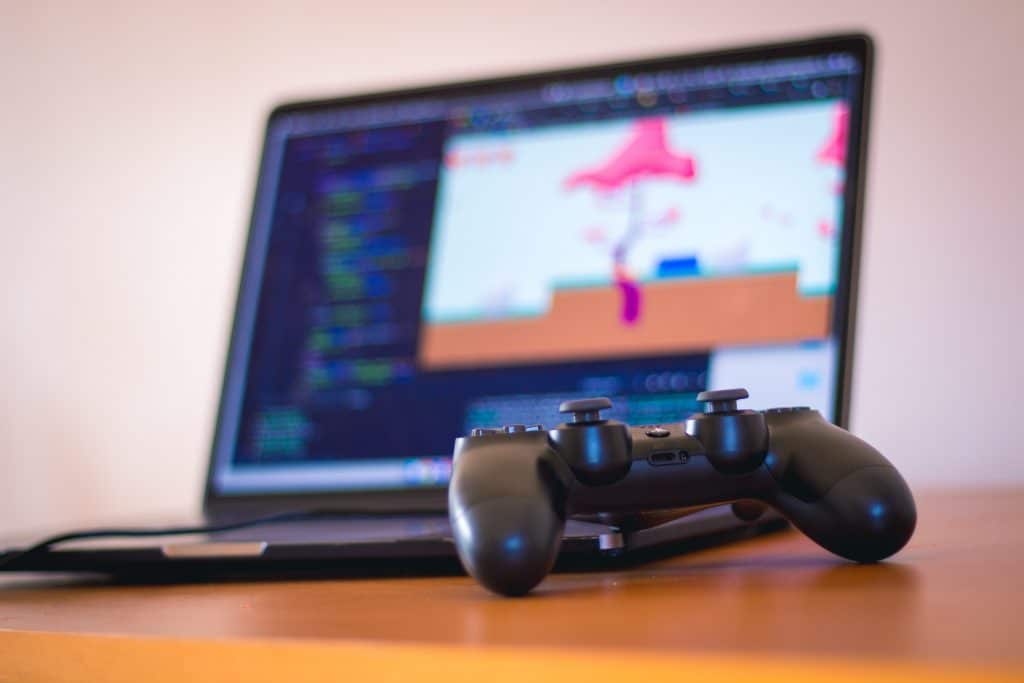 Of course it is. When it comes to any kind of development, production, editing or designing work, the more powerful a computer you have, the better would be your working experience.

A high end computer enables you to work with large assets, it allows you to compile and render your games quickly and saves your from the frustration of lags and crashed

BUT THERE IS A CAVEAT!

You see when building games on a powerful PC you become oblivious to the needs of the average user.

You have to consider the fact that not all end users would have a powerful hardware to match the performance you experience.

Hence, when testing out the final product, you have to test the game for the minimum requirements. This may require you test your game on weaker systems as well to set a benchmark.

What Kind of Hardware Do You Need?

Well the hardware that you need would mostly depend upon whether you want to build 2D or 3D games.

It would also depend upon how a complex a game you plan to build. For instance a 2D Side Scroller built for a mobile device would not require the same hardware resources to make as would a 3D shooter for PC like Call of Duty would require.

This article by PCGamer sums up the hardware requirements well.

Basically, having a good processor is a must regardless of whether you are building 2D or a 3D game. However, the least you should aim for is an Intel Core i5 or an AMD Ryzen 5 processor.

GPU is a variable consideration and depends upon the type of game you make. For 2D, you can work with a mid to low end graphics card. For 3D games, you need a powerful graphics card.

As far as RAM goes, most small game developers can live with 8 GB of RAM. However, the recommended amount is generally 16 GB.

Other important consideration are that you get a fast NVMe SSD. It improves the performance across the board particularly when retrieving and saving files.

Dual or triple screen setups can certainly help but are not a must. Plus, the screen you get does not have to be too expensive with 10 bit color depth, local dimming, Adobe RGB color space or things that graphic designers or photographers would deem necessary.

You can work with a decent FHD IPS screen quite well. Bigger screen with higher resolution can also help with multitasking.

Whether you are a beginner, intermediate or an advanced game developer, you need to gauge your requirements well, particularly the fact that whether you plan to build 2D or 3D games.

Here we basically looked at the best desktops for game development of different complexities.