How Many PCIe Lanes Does SATA Use? – Learn Here

To function properly, different devices and accessories on your computer need to send and receive data from the Central Processing Unit. Even storage devices pass data to the CPU. Most of these are connected via PCIe, so let’s find out how many PCIe lanes does SATA Use.

SATA devices do not connect to the CPU directly. They go through the chipset whose PCIe lanes are shared with other devices. Intel’s H310 chipset, for instance, offers 6 PCIe lanes for this and AMD’s X570 chipset has about 12 PCIe lanes. The motherboard chipset is then connected to the SATA controller that utilizes the chipset lanes depending upon the configuration.

The thing about SATA is that even the newest generation, SATA 3 is not very fast. There’s however, the more advanced SATAe (SATA Express) which has high performance capabilities.

SATAe supports both SATA and PCIe and supports up to 2 PCIe lanes.

Quick Navigation hide
1. How Many PCIe Lanes Does SATA Use?
2. SATA Lanes are Connected to Chipset NOT CPU
3. How Many Is Enough?
4. Conclusion

How Many PCIe Lanes Does SATA Use? 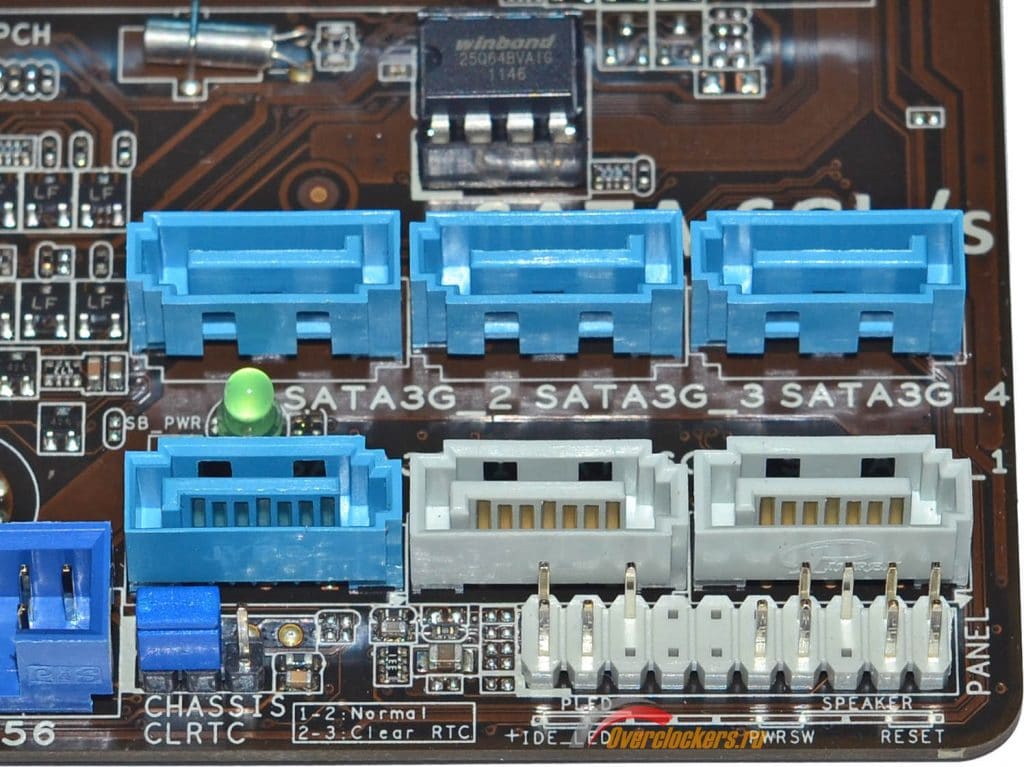 A single third-generation PCIe lane is capable of transmitting data at about 1GB/s. That is a lot of data moving around, and as you add more lanes the capabilities only increase.

On the other hand, we have SATA. SATA is a standard that connects various mass storage devices as well as optical drives to the computer.

It does this via the computer’s chipset which also aggregates the connection to other devices and sends them through to the CPU via dedicated PCIe lanes.

The number of lanes available to these devices is entirely dependent on the computer’s chipset.

Also Read: Which is faster PCIe or SATA

To understand how many PCIe lanes does SATA use, it is vital to have some idea about the performance and workings of SATA.

SATA 3 is the current generation of SATA available today. It is widespread and offers high performance to various devices connected via the SATA controller.

There is an issue with this, however. SATA 3’s specification allows for a maximum speed of 6Gb/s. SATA 2 and 1 are even slower with 3 and 1.5 Gb/s respectively.

For SATA 3, this translates to speeds of about 750 MB/s, however, even some of the fastest SSDs do not reach this.

This speed is not enough to fully saturate a single PCIe lane.

While a single SATA interface is not enough to fully utilize a single PCIe or Chipset lane, you hardly get just one port on a motherboard.

Many have several of these to support the installation of multiple storage and optical drives on your computer.

SATA ports do not get connected directly to the CPU via PCIe. Instead, the connection needs to go through the chipset.

SATA is not very fast, so having a direct connection would be wasteful. With the Chipset, you get to aggregate several devices and use the same PCIe connections for all of them.

With multiple SATA devices connected and running simultaneously, you will need more lanes to transmit the data. This will be the case if they are all running at full capacity.

Because of SATA’s bandwidth bottleneck, having just a few devices running via SATA will not be enough to really push a computer.

SATA Lanes are Connected to Chipset NOT CPU

The CPU has several lanes dedicated specifically to the chipset. Some processors from the Ryzen lineup provide about four PCIe lanes for this.

This means that all the devices connected via the chipset share the same lanes to the computer.

The Intel Z490 chipset supports some of the 10th Generation of Intel Processors, from the Core I3-10100. Users get up to 24 chipset PCIe lanes which will be shared among the connected devices including those using SATA. With the H470 chipset, there are 20 PCIe 3.0 lanes.

In AMD’s lineup, users can get a board with the X570 chipset which supports some popular Ryzen CPUs. It offers 12 PCIe 4.0 lanes for the chipset. On the higher side, the X399 chipset used with the Threadripper lineup offers 64 PCIe 3.0 chipset lanes.

This is more ideal for enthusiasts who will install numerous SATA drives with a RAID configuration in mind.

Here’s more on how many PCIe lanes does SATA use. SATA does not have enough bandwidth to fully max out all the lanes used. This is why they are shared among different devices.

Furthermore, with some AMD chipsets supporting up to PCIe 4.0, a single lane will be capable of providing enough bandwidth for almost 4 SATA devices working at full load.

The lanes are utilized according to the need and the link is negotiated between the different connected devices.

In Intel devices, the connection of SATA devices from the Chipset to the computer’s CPU happens over the DMI (Direct Media Interface).

This provides a point-to-point connection which in many cases is carried over an X4 PCIe link, allowing for high transfer speeds.

How Many Is Enough?

You do not need numerous lanes for data transfer over SATA. The number of lanes between the chipset and the CPU is enough to offer data transfer for several SATA slots on the motherboard and still allow other devices like the keyboard and some USB devices to work.

With SATA, data bandwidths are not as high as PCIe. Therefore, with just a few lanes the system will be able to run your computer without serious bottlenecks or performance drops.

PCIe lanes offer a transmission line that provides high data transfer rates. This makes them ideal for many bandwidth-intensive devices.

SATA, on the other hand, does not have very demanding performance needs. The popular third generation has a maximum throughput of 6Gb/s.

Because SATA isn’t too demanding, its bus isn’t connected directly to the CPU. It goes through the chipset which is connected to several other devices.

To find out exactly how many PCIe lanes does SATA use, users need to find out how many lanes are offered by their chipset as it’s what connects SATA to the CPU.