How Much PCIe Based Flash Storage Do I Need?

Flash storage uses flash memory cells, a nonvolatile storage medium that can be electrically written or erased, to store data. PCIe, on the other hand, is an interface standard for connecting high-speed devices to the motherboard. So, how much PCIe based Flash storage do I need?

Basically, you need enough flash storage for your demanding applications and the OS at the minimum for visible performance boost. If you have the budget, you can even invest in flash storage for storing and archiving stuff.

Flash Storage is more expensive than regular storage mediums like HDDs. They are used by SSD Drives. PCIe SSD drives happen to be even more expensive but perform more.

For applications that have read and write-intensive operations, you need fast storage devices. This is where flash storage comes in. Flash storage eliminates the high latencies of reading and writing data by doing it electronically and the result is higher performance.

Quick Navigation hide
1. How Much PCIe Based Flash Storage Do I Need?
2. PCIe Flash Storage
3. Storage Needs and Amount of Flash Storage
4. Too Much Storage
5. Note on Flash Memory and PCIe
6. Conclusion

How Much PCIe Based Flash Storage Do I Need?

The amount of Flash Memory you need depends entirely upon your needs, however at the bear minimum we recommend that it covers the operating system and the most used applications.

Mac OS, for instance takes about 10-19 GB depending upon the version. The rest of the software can use much more. Installing Photoshop, if you are a graphic designer, would take up about 1.3 GB etc.

let alone the fact that if you are a video editor and if you have a lot of footage then you regularly access, then you may need to consider their space requirements as well.

PCIe storage devices are more common these days. With them running your most demanding applications, you will get better results, especially when building or exporting your projects or doing long data reads and writes. 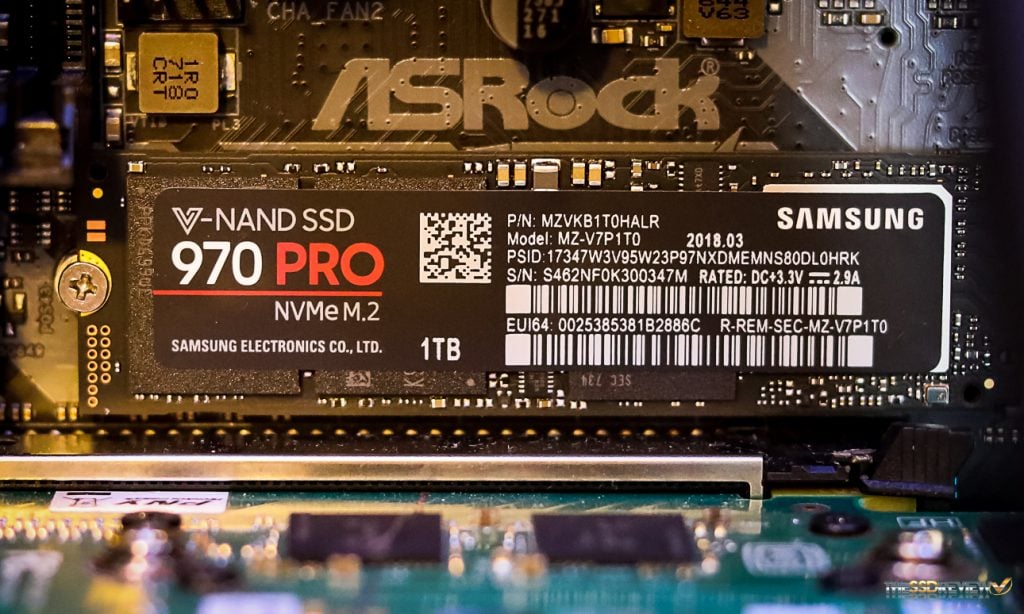 Nonvolatile Memory Express SSDs use flash storage for faster reads and writes. They rely on the PCIe bus and are usually connected via an M.2 NVME slot; however, some adapters will let you connect them directly onto the regular PCIe slots.

That aside, these units offer remarkable speeds, and hence they cost significantly more per Gigabyte than their SATA SSD counterparts and even more than HDDs.

While they are expensive, they have gotten much cheaper and more mainstream over the last few years and for a decent price, you can get a Terabyte worth of PCIe flash storage for your computer.

Before settling on a specific value, knowing how much PCIe based flash storage do I need will help you make the right choice from the start.

If you need space for large files, especially files you don’t use a lot, a PCIe-based storage device will not be ideal as you will barely maximize its potential.

If this is you, going for a 256GB unit will give you enough space for your OS, and some of the programs you run. You may then delegate the rest of your files to either a cheaper SATA SSD or even an HDD.

For users who do a lot more productive work on their computer – or even gaming, having more flash-based storage means having more space to store more files and applications you need fairly fast access to.

If you do a lot of gaming and video editing, you may need space for the different files you’re working on or games you’re playing on the fast NVME storage.

You can get 500GB – 1TB SSDs and use it to power these applications and depending on how much you need, you can even go higher.

You might overdo things if you don’t know how much PCIe based flash storage do I need. If all you need is a snappy OS, and you’re okay with waiting for a few extra seconds to start your applications, you can settle for 64GB.

You may even do well with Optane storage to run only your OS and one or two small applications.

However, if you want godlike performance across the board and are willing to part with a significant amount of money, you can get as much NVME based flash storage as possible.

Many motherboards have more than one M.2 slot for this purpose.

This is since it offers lower latencies than all the currently available storage solutions.

It does not come in large capacities though, but if you require it, a 16 or a 32 GB module can be installed to boost your computer’s performance on different tasks.

Some Optane memory devices come with regular PCIe connectors, so they can be directly installed on an available slot on the motherboard and once formatted, work right away.

There’s a cap as to how much PCIe storage you can have. For one, SSDs tend to have lower capacities than HDDs.

But, there’s also the problem of limited slots. That said, just the right amount of storage will be beneficial for most of your work and play requirements.

Note on Flash Memory and PCIe

Flash memory is essentially a kind of Electronically Erasable Programmable Read-only Memory, or EEPROM for short.

Flash memory cells are integrated into things like SSDs and allow for data to be written in chunks. This makes them more powerful and efficient.

The PCIe standard lets you attach several kinds of expansion cards to use on the PCIe bus. There are different slot sizes which are named corresponding to the number of lanes they offer for the serial bidirectional communication channel with the CPU.

PCIe X1, X4, X8, and X16, therefore, correspond to 1, 4, 8, and 16 lanes respectively and with the current widely-available version, PCIe 3.0, a single lane can transmit data at about 1GB/s bidirectionally.

This offers a lot of performance enhancements for storage devices compared to SATA. SATA has a bottleneck and the current and best SATA version can only do about 6Gb/s which is just a fraction of PCIe performance. (note the difference between GB/s and Gb/s).

Deciding on how much PCIe based flash storage do I need isn’t too hard. These devices are used for high-speed reads and write, so they tend to be ideal for storing files that you need quick access to, as well as installing apps that you want to run fast.

So, the actual amount of storage you get depends on these two factors. If you’re on a budget, you may have to cut some corners and prioritize. You can get a device with a few Gigabytes for important stuff and use cheaper storage for the other items on your computer.