Here we will not only look at the some of the best AMD CPU with integrated graphics cards, but also look at why they are important as well as benchmarks for the latest models.

Which AMD Processors have Integrated Graphics?

Basically, “G” series processors such as the AMD Ryzen 3 3200G or the AMD Athlon 3000G processors have integrated graphics card.

Most of the mainstream Ryzen processors like the AMD Ryzen 3 3300X or the AMD Ryzen 5600X do not feature an integrated graphics card.

Why Do You Need an Integrated AMD Graphics Card?

On top of that, the biggest reason to get an AMD CPU with iGPU is to use the onboard video out puts ports of the motherboard.

The onboard video output ports such as HDMI, VGA, DP located on the motherboard back I/O panel all require a CPU with an integrated GPU.

If you use a regular AMD Ryzen processor such as the Ryzen 3 3300X on an AM4 motherboard that has video output ports, then they will remain inoperable.

Hence, you will thus be forced to acquire a dedicated graphics card in order to connect a display device if you use a regular AMD processor.

So for budget builds that want to rely on the display connectivity options built into the motherboard, having a “G” designated AMD processor is a must.

What are AMD APUs?

APU (or accelerated processing unit) is just a fancy name for an AMD CPU that features an integrated graphics card.

The following is a spec benchmark of some of the newer APUs as well as the popular Intel iGPU for comparison.

We can see from the Single precision peak performance benchmark above that an AMD APU is much much more capable than an Intel integrated graphics card that is featured in top of the line CPUs.

As far as the gaming performance goes, the Ryzen APUs again tend to beat the Intel integrated graphics cards by a long shot.

Therefore, whether it is gaming on budget you seek, or you need graphics acceleration for certain filters on professional software, then AMD APUs stand out the most for budget PC builders.

Can You Play Games on AMD APUs?

That depends upon what kind of games you want to play. If you want to play AAA latest titles, then even the top of the line RX Vega 8 Renoir Graphics Card will have issues running the game beyond low graphics.

However, if you want to play popular online games like League of Legends, Counter Strike Global Offensive, Fortnite or Minecraft, then the integrated graphics card can work wonders.

The following video shows benchmarking of 22 titles with the Ryzen 5 3400G featuring the Vega 11 iGPU.


This is a very long video but shows comprehensive benchmarks for most of the popular titles. You can skip to the game you want to see the benchmarks for.

In short, most of the AAA titles can work well with low graphics and can give you higher than 30 FPS. Online games, on the other hand, work very well.

Of course the benchmark would be entirely different if you were to use the low powered APU particularly the Athlon 3000G with its weak Vega 3 iGPU.

What are the Newest AMD Processors with Integrated Processors

The newest AMD APUs are code named Renoir. They are based on the AMD Zen 2 Architecture and use the VEGA series graphics. They Include

However, note that this latest Renoir generation of AMD APUs is OEM only at the moment. Therefore, you will not find them on shelves. You will only find them featured in existing OEM desktops sold by brands like HP, Dell etc.

Also, note that GPU found on Renoir series AMD APUs are far more capable than their predecessors. For instance, AMD RX VEGA 8 (Renoir) released in 2020 is far better than the RX Vega 8 released in 2017 Raven Ridge generation (even though they share the same name).

Below we briefly review some of the well known and most sold AMD APUs at the moment.

A few things to note, for CPU performance we use the Cinebench R20 Benchmark results.

For GPU, we use the Notebookcheck.net performance benchmark points which take into consideration the 3DMark11, Fire Strike and Time Spy scores into account.

First up we have a processor that is highly affordable for those who want a reasonable power for light gaming, but primarily for using in office environment.

It is recommended for casual work that involves photo or video editing as well as for casual multitasking.

The Vega 8 graphics card on this is certainly not the best iGPU from AMD, but it is still far more capable than the staple Intel UHD 630.

As far as performance goes, playing the newer AAA titles like Horizon Zero Dawn, Death Stranding even on low graphics would not be possible with this.

However, on games like FIFA, League of legends, Fornite and other popular online games, you can get fairly decent results at low to medium graphics.

This processor features 4 Cores and 4 Threads with 3.6 base GHz clock speed and boost upto 4.0 GHz.

So in short, if budget and performance both matter to you, then this is one of the best AMD CPU with integrated graphics in our opinion.

Next up we have one of the most capable mainstream AMD APUs out there. While the AMD Ryzen 3 3200G reviewed previous was decent for light tasks, this can pack a serious punch.

Whether you are an intermediate user of designing and editing software, or you want a decent performance with popular online games, this is one of the best AMD CPU with integrated graphics card in our opinion.

Not only does it have a better single and multi core performance compared to the AMD Ryzen 3 3200G above, it also features a powerful RX Vega 11 graphics card.

This is one of the most capable graphics card you can find in AMD APUs and scores a solid 13.5 points on the Notebookcheck.net benchmarks in 3D graphics.

The processor features 4 cores and 8 threads. It has a base clock speed of 3.7 GHz and max of upto 4.2 GHz.

Next up, we have the most affordable AMD processor that you can get with integrated graphics.

If you are seriously tight on budget, or if you do not have robust needs from your PC, then we highly recommend this.

While this AMD CPU does have an iGPU i.e the Vega 3, it is not recommended for any sort of gaming.

The processors features 2 cores and 4 threads with clock speed of 3.5 GHz. Unlike the Ryzen processors above, this does not have a max clock speed boost.

Again, this is processor is not intended for mulitasking or for running heavier apps. It is just a basic entry level processor for average daily tasks.

If that appeals to you and if you came here looking for the cheapest possible option, then this is the best AMD CPU with integrated graphics we can recommend.

AMD Ryzen 5 4600G hails from the latest 4th Gen APUs featuring the Zen 2 architecture. However, at the moment, this processor cannot be found on shelves since this is an OEM only processor.

So while you can find this on prebuilt desktops from popular brands, you will not be able to procure it as a standalone CPU at least for now.

As far as the performance goes, this is a very capable processor both in terms of processing power as well as in terms of the graphics it harbors.

While the base and the max boost clock speed are the same i.e 3.7 – 4.2 GHz as on the Ryzen 5 3400G, the newer architecture and the higher core count on the Ryzen 5 4600G gives it a tremendous edge both in terms of single and multi core performance.

Therefore, whether you want to run software which rely heavily on single core performance for designing like CAD, or tasks that utilize multiple cores effectively like rendering, this can grant you fairly decent performance results.

As far as the graphics performance goes, it features the newer Renoir RX Vega 7 iGPU which significantly improves on the older Vega 7 iGPU.

Currently, the Vega 7 on AMD Ryzen 5 4600G stands as the second most powerful integrated graphics card on AMD CPUs.

As featured in following OEM Desktops: 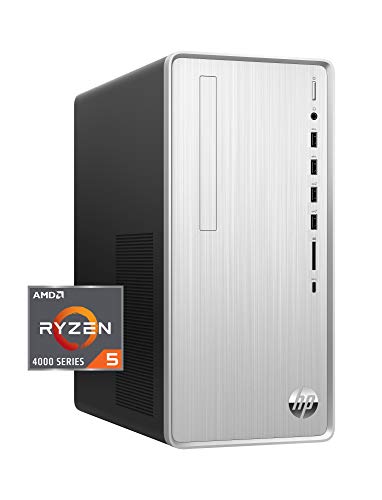 Hence, you cannot buy them standalone at the moment. They can only be found on prebuilt desktops.

The processors features top of the line specs including 8 cores and 16 threads with base clock speed of 3.6 GHz and max boost of upto 4.4 GHz.

As such, within the AMD APU line of processors, this has the best single core as well as multi core performance.

This CPU is generally intended for professional work or for high productivity whereby you have several demanding apps running at the same time.

If you are a gamer, than it is unlikely that you would ever play a game that can utilize all of the cores here.

But for video editing, rendering, and designing jobs, this is an excellent processor to have due to its 8 cores and excellent multi-core performance.

On top of that, it currently has the most powerful iGPU in an AMD processor i.e the Renoir Vega 8 GPU. According benchmarks, unlike the weaker Vega iGPUs, this should be able to play most of the newer AAA titles on low graphics along with most online game at medium graphics with ease.

All in all, if you are looking for a premium option for professional work, then this is the best AMD CPU with integrated graphics card.

As featured in following OEM Desktops: 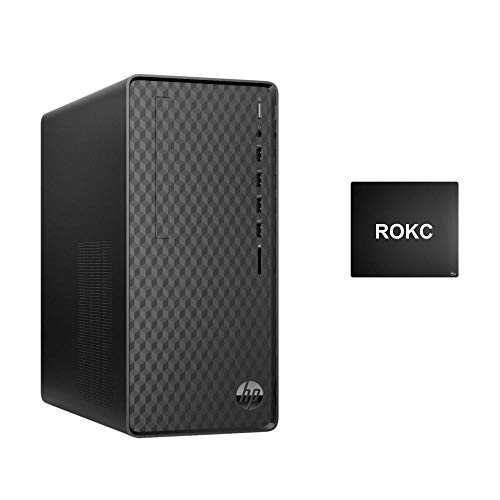 Again, an AMD APU build is designed for those who do not want to spend extra on a dedicated graphics card. Therefore, if you want to build a PC for home or office use, then an integrated graphics is more than sufficient.

On top of that, if you want to game but you are short on budget, then again, integrated graphics, particularly those found on AMD CPUs can give you some excellent results.

Here we looked at some the best AMD CPU with integrated graphics. It is worth noting that unlike Intel, most of the AMD processors do not feature an integrated graphics card. Only a select few with the “G” suffix (APUs) offer the iGPUs.