Software advancements and the need for faster data processing has increased the popularity of workstations. This is because unlike most computers, workstations are mainly designed for intensive professional tasks such as professional video editing.

With the kind of performance offered by a workstation, you may wonder which is the Best RAM for a workstation.

The type of RAM is normally determined by the nature of your field of work. Although when it comes to workstations, a high-end RAM will always be the best choice.

The following are some of the popular high performance RAM for your workstation.

All the RAMs are DDR4 because of its power efficiency, faster data transfer rate, and larger chip density.

The RAMs also meet the recommended 3200MHz which allows more data to be stored in less time hence improving the performance.

The RAMs all meet the recommended 16GB capacity which allows sufficient storage of short-term data by the workstation.

The RAMs are also set up in a multichannel setup which improves bandwidth based on the number of channels used.

So, what makes these RAMs unique and the best for workstations?

Powerful heatsinks and advanced ICUE software make this one of the best RAM for workstation.

The RAM has a patented DHX cooling system which pulls away heat from the RAM modules creating a cool environment for overclocking which improves RAM performance.

The RAM also has RGB lights which illuminate your workstation when working.

It also has Corsair’s ICUE software which gives you real-time temperature and frequency readings which may help when maintaining RAM stability during overclocking.

The RAM also has a high 32GB(4×8) capacity. This is enough storage for short term data storage and will also enable you to run multiple programs simultaneously with ease.

The RAM is also set up in a quad-channel setup which increases the bandwidth which will improve data transfer rate hence improving performance.

The RAM’s high frequency makes it one of the best RAM for workstation.

The RAM has a 4800MHz RAM speed which will allow more temporary data to be stored in less time hence improving the performance.

The RAM also has a heat spreader which dissipates heat creating more headroom for efficient overclocking which improves performance.

The RAM does not have RGB lights, although it has LED zones which will bounce light around creating beautiful colors based on the angle you view the RAM from.

The main downside to this RAM is the C18 latency which will cause more delay in accessing data. Although this is compensated with the high frequency.

The RAM has a very high 5100MHz RAM speed which is what makes it so expensive. This will enable more short-term data to be stored and accessed in less time thus improving the performance of the workstation.

The RAM also has a temp sensor that monitors thermals which is important to maintain RAM stability during overclocking when adjusting the voltage.

The RAM has an extruded aluminum heat spreader to remove heat leaving a cool environment for overclocking which improves performance.

One of the disadvantages of this RAM is design. The RAM does not have RGB lights or a colorful finish for the enthusiasts.

The main disadvantage is the C19 RAM which will cause more delay when accessing data. Although this is compensated by the high RAM speed.

High frequency makes this one of the best RAM for workstation.

The RAM has a high 4500MHz RAM speed which will enable faster data access from the RAM by the computer hence improving performance when multitasking or running intensive programs.

The main disadvantage is the C19 latency which will cause more delay when accessing data. Although the RAM has a high frequency which will still ensure fast performance.

This is a high-performance RAM at a reasonable price making it one of the best RAM for workstation.

The RAM has a relatively low C15 latency which will allow data to be accessed in fewer cycles hence improving performance.

For its price, the RAM has a very fast 4133MHz RAM speed. This will allow more data to be stored in the RAM in less time thus improving the RAM performance.

The RAM also has an aluminum heat spreader which allows heat to be moved away from the module creating a cool environment for overclocking.

The RAM does not have RGB lights which is mainly what makes it cheaper. Although it still has well-designed heat spreaders to improve the RAM’s appearance.

Which Is The Best RAM for Workstation?

Here is how to choose the best RAM for the workstation; 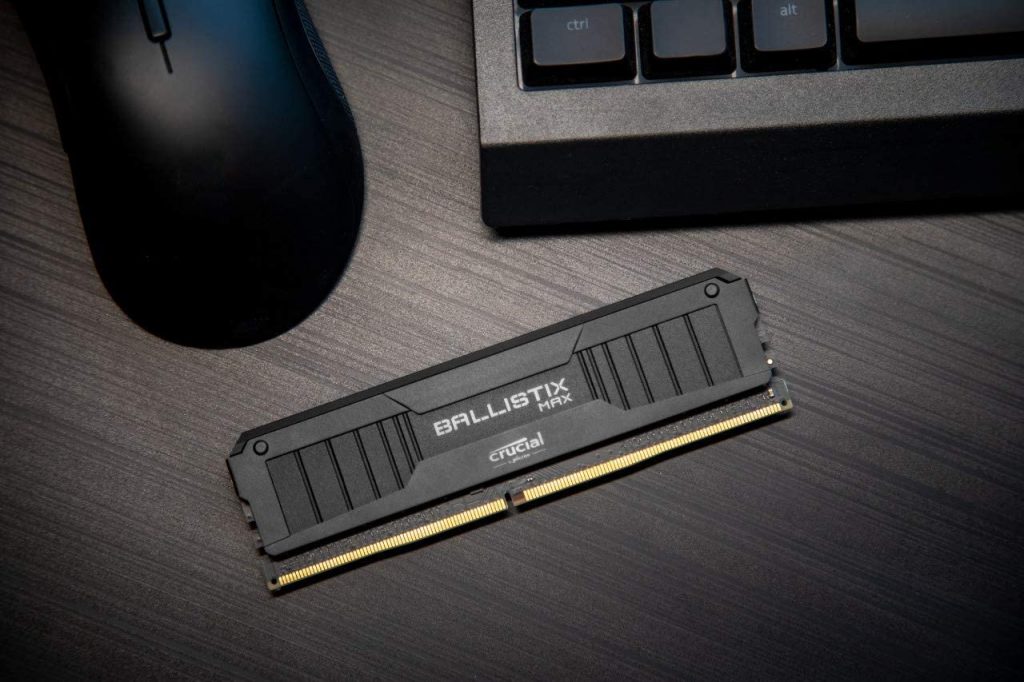 RAM capacity is the space used for temporary data storage.

A workstation’s RAM capacity should be able to handle large amounts of data. This is because when the RAM capacity is used up, the computer starts storing its short-term data to the hard disk, which is slower than the RAM.

This is why 16GB capacity is recommended. This is enough for most workstations to store short-term data without having to store it in the slower primary storage.

This might still change based on the nature of your tasks. If your workstation is having difficulties running more programs simultaneously, it is advisable to use a higher capacity. Although 16GB should work just fine for most workstations.

This is the time taken by the RAM to access, store, and fetch short term data by the computer and is measured in megahertz.

This is why workstations require a minimum of 3200MHz. This will enable the RAM to store data within a short timeframe hence improving performance.

The recommended speed will however depend on the nature of your work. Some tasks such as 3D image rendering may require faster RAM speed to take less execution time. This is why most of the RAMs being reviewed in this article are over 4000MHz.

This will allow intensive programs to run with ease and also multitasking will be made easier.

RAM latency is the delay it takes the RAM to access data.

14 – This is CAS latency and is the time taken by RAM to read the initial bit of memory.

14 – This is tRCD and is the required cycles it takes the RAM to open a memory row and access the columns inside.

14 –This is the tRP and is the minimum cycle required by the RAM to give a precharge command and open the next row.

Even though a lower latency is recommended for workstations, it is important to equally consider other specs.

Overclocking is pushing your RAM to the limit by reducing latency timings while increasing frequency to improve performance.

Overclocking is an intensive process that emits a lot of heat. This is why it is recommended to get a RAM with large heatsinks to dissipate more heat leaving a cool environment for efficient overclocking.

DDR4 is the most recent and recommended for workstations because;

Faster – DDR4 has a faster data rate of 2133-4266MT/s which is faster than the previous DDR3 with 800-2133MT/s. This improvement allows more data to be stored and accessed in less time hence improving performance.

Power-efficient – DDR4 works on a voltage as low as 1.05V which is less than the previous DDR3 which worked on a minimum of 1.5V. This reduction means the RAM does not consume a lot of power hence more battery life for your workstation.

Improved chip density – DDR4 has a higher chip density(4GB-16GB) which is higher than the previous DDR3(512MB-8GB). This increase in chip density allows you to have more RAM capacity with fewer modules on your workstation.

It is also recommended to set up your RAMs in multiple channels. This will increase the data transfer rate by increasing the bandwidth based on the number of channels you use.