One of the most attractive features of the Linux Operating System is the fact that it’s Open Source. Users can use and modify it, and a lot of NAS manufacturers do that.

A NAS is a different kind of computer than the conventional ones. It does use an OS though, and it provides access to files stored on the hard drives it has attached to it.

You also get a processor and varying amounts of RAM depending on the model of the NAS.

If you are a Linux user, you need the best NAS for Linux.

The following are highly reviewed and compatible NAS for Linux

What makes this affordable device so popular is its ease of use. The user interface is so intuitive that even novice NAS users can quickly get set up.

It is powered by the Synology DiskStation Manager (DSM). This OS is based on Linux, to begin with, and it offers a lot of features out of the box.

It is a dual-bay NAS system, meaning you can install up to two drives and run both in setups like RAID for better drive redundancy. For example, with RAID 1, you can make an exact copy of the contents of your disk onto the other hard drive, essentially mirroring it.

This will ensure that if one hard drive fails, you still maintain your files and can easily get back on track. This however results in losing half your usable capacity.

The NAS is diskless, so you will not get it with the disks. If you’re doing an upgrade, this is the best NAS for Linux, as you can just get the system and install the drives you were using.

You also get to install NAS-grade drives that can handle full-time operation.

This is the best NAS for Linux users who are looking for a balance between performance and cost. The TerraMaster F2-210 is a dual-bay NAS system that’s packed with exciting features for Linux users.

First, it runs on a Linux-based operating system. Linux is lightweight and as such, this device can perform well even with the low numbers it carries.

For starters, you get just 1GB of RAM, and it is not upgradable. This can still offer good performance though.

Also, the installed processor runs at 1.4GHz which makes the operations of the device under light to moderate loads very smooth and streamlined.

It supports both SATA SSDs apart from HDDs, and this means that you can equip it with SSDs for faster read and write speeds. This will however depend on your network, especially if you’re accessing it remotely.

The device is compact, and so it can comfortably sit on the desk and not get in your way when working. It is also easy to set up and is diskless. So, you can start with the exact drives you need.

If you’re looking for an enhanced 4K experience, whether for work or entertainment, then this is the best NAS for Linux.

All this is made possible by the device’s high-speed networking capabilities. It comes with two 2.5GbE ports at the back. These also support a feature known as link aggregation.

The feature essentially lets you increase your bandwidth by transmitting data over both ethernet interfaces as if it were one logical connection. You, therefore, can leverage transfers of up to 5Gb/s.

The system has two drive bays and can be configured with RAID for data security. This can also come in handy for upgrades, as you can just get started with one drive and later install another one to increase your storage.

You get a fast processor and 2GB of RAM that’s upgradable to 8.

Using hard drives on a NAS comes with limitations. HDDs are mechanical devices, and even the faster ones still perform quite slow, especially when compare to other options like SSDs. Nevertheless, HDDs, offer much more storage cheaply.

This unit has two NVME slots that can be equipped with SSDs to act as cache for the HDDs and ensure that the files you consume frequently are accessed much faster than they would from the HDDs. That makes it the best NAS for Linux.

On HDDs, you get about 4 drive bays with this NAS. These can be equipped with high-performance HDDs to deliver speeds of up to 225MB/s.

This results in large amounts of storage that can be used for numerous media files as well as documents. You can further expand this to 9 drive bays with a Synology expansion unit.

In tune with Linux and its high-security standards, the device supports hardware encryption. A dedicated chip is used to keep your files away from prying eyes and helps ensure that your files are safe even when being transported over the internet.

This NAS is expensive. It is the best NAS for Linux users who are keen on very high performance and also want a lot of disk space as well as data redundancy.

For people using Linux at work, this NAS offers a lot of features as it can scale up to meet user demand.

You get it with 4GB of RAM, but, as time goes by, you can upgrade this to 32GB to meet user demand. This will result in better multitasking, and in the case of multiple users provide solid performance with minimal downtimes.

Sequential read and write speeds are also on the higher side. You get over 2045MB/s and 656MB/s respectively, and to take full advantage of this, you will need a fast and robust network connection.

This has been taken care of with the use of 4 LAN ports that support Link Aggregation. It also has an expansion slot that can be equipped with a 10GbE network card for faster network speeds.

You also have the opportunity to use NVME or SATA SSD for caching.

How to Choose the Right NAS for Linux 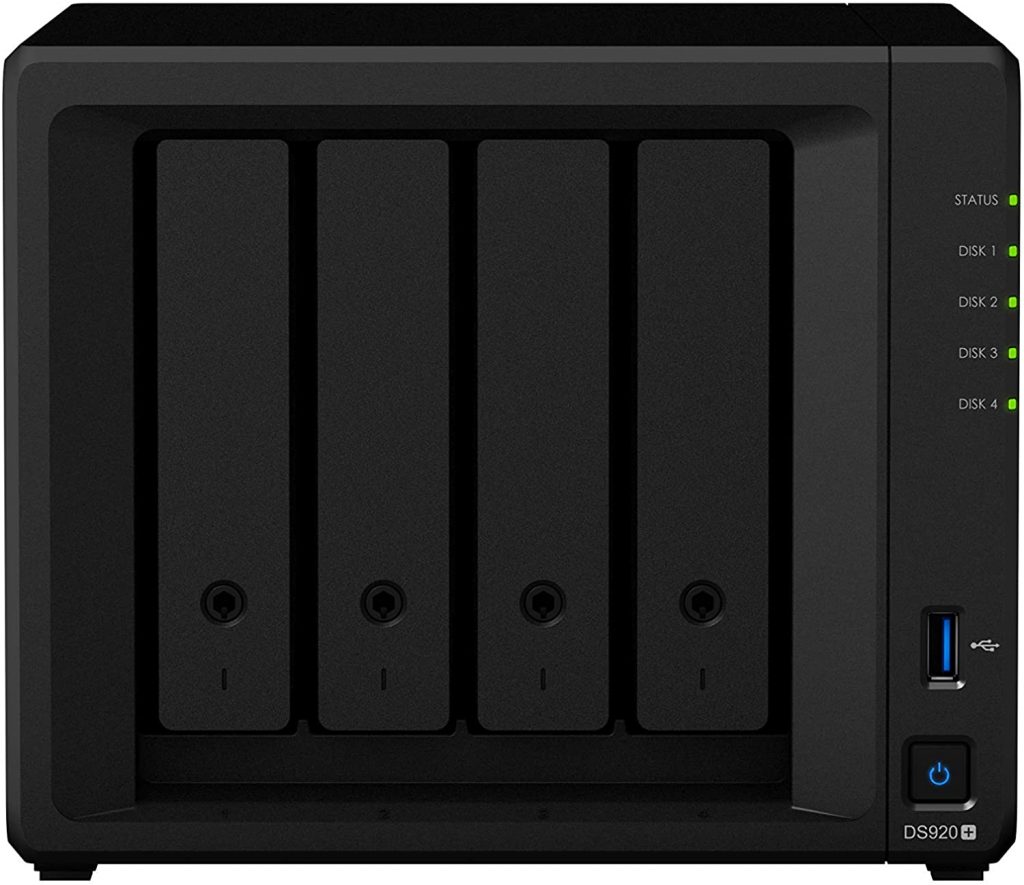 The main uses of a NAS vary from user to user. Some need one tailored for backing up files, and others might want a NAS that’s suited for productive tasks. Regardless, one thing you will need is a NAS that’s friendly with Linux.

The NAS is in itself a computer. So, everything to do with drive compatibility and file systems of the hard drives is handled by the NAS itself. As such, your Linux computer should be able to read and write data to the same NAS that you use on your Windows or MAC.

As mentioned earlier, NAS are just computers, and Linux is free to use and modify. To this effect, several Linux distributions are built to run on NAS systems.

These vary in performance and usability, but they help users do a lot of things including building their own custom NAS setups.

Some manufacturers also port some Linux distributions to their NAS to avoid building an entire OS from scratch, and they work very well with the hard drives as well as connected computers.

OS like FreeNAS and Amahi are some of the most popularly used ones, but with various other options available, we see that NAS systems have a lot of support for devices running within the Linux ecosystem.

A better processor and RAM mean better multitasking and faster file handling, including doing some encoding or 4K transcoding.

Better fans result in a cooler system during operation which does have its advantages, and some NAS’s come with extra M.2 slots that can have SSDs installed.

These can create a cache for hot data, resulting in faster performance as the most used data gets read from the SSD as opposed to the slower hard drives.

When settling for the NAS, look for performance that matches your needs.

Linux distros are also popular for their high security. Because the source is open, any user can check out the code, and fix some bugs that would have been potential vulnerabilities. A secure NAS will be useful for this.

While all NAS devices can be made to work with Linux OS, not all are entirely compatible.

Here we reviewed some of the best NAS for Linux that are known to work well with the operating system.