The hard drive you use in your computer’s boot drive will play a huge role in the performance of the overall system.

If you want your programs to run fast and to limit the amount of time spent waiting for your applications to load, you’d need a good SSD for the boot drive.

You will notice a huge difference in performance when you replace a spinning platter HDD with an SSD and for even better results you should consider getting the best SSD for boot drive.

Here we look at some great option for average users as well as for professionals and also talk about some important pointers on SSD as boot drive below.

An affordable 2.5″ SATA SSD. Perfect for most PCs and can serve well as a boot drive.

One of the most affordable and a highly recommended SATA SSD for boot drive. WD Blue is basically the affordable line of hard drive from essential use.

If you are an average user just looking to stop those very long system loading times, then this can provide you an affordable solution.

The drive itself is very fast, you can get 560 MB/s of read speeds and about 530 MB/s of write speeds and this will let you boot up your computer and programs installed in the drive very fast.

Compare this to an average high performance 7200RPM Hard Disk Drive that has a typical transfer speed of 140 MB/s.

The drive is tested for longevity and can run for about 1.75 Million hours or endure the writing of 600TB worth of data before you get a risk of failure.

Because the drive utilizes a SATA interface, you can easily install it in the slot of an older HDD for booting if replacing. Plus, most desktop motherboards have a plethora of SATA ports that you can hook this into

If you are upgrading your laptop, you can place it in the place of your older hard drive since it has the 2.5″ form factor. This is the same form factor used by laptop hard disks.

Being affordable and maintaining an affordable price makes this the best ssd for boot drive for average users. It’s also very reliable and comes with a free downloadable disk monitoring software.

A highly popular SATA III SSD for PC with a 2.5 inch form factor.

The 2.5” Samsung SSD 860 Evo is another great unit for users who want to upgrade their boot disk to one that performs much faster but doesn’t cost too much.

It comes in a wide range of capacities to fit users with different needs, the lowest you can get is the 250GB version but you can have one up to 4TB depending on your use case.

While the cost is affordable, quality isn’t compromised. The performs remarkably well with read speeds of 550 MB/s and write speeds of 520 MB/s.

The long delays when booting or launching apps can be done away with when you switch to this drive as it is very compatible with modern systems that use the SATA III interface.

In addition to the good performance and the affordable price tag, you also get disk encryption which lets you securely store your files and prevent unauthorized access to your data.

This drive is very popular among users and for that reason and because of its performance, it happens to be one of the best SSD for boot drive.

A SATA SSD suitable for M.2 SATA slot. Great choice for those who have an extra M.2 slot in their desktop or laptop.

When you have a much slimmer laptop that a regular-sized SATA SSD cannot fit inside, you may need to opt for a small form-factor SSD like the Crucial MX500. This can also be used on any PC so long as the motherboard has the required slot.

Being an M.2 SATA SSD means this can fit in the dedicated M.2 socket in the motherboard. M.2 slots can be found on both laptops and desktop motherboards.

This is particularly great for slightly older motherboards that do not have the M.2 NVMe slot, but do have the M.2 SATA slot.

Capacities range from 250 GB and you can get one with up to 2TB of storage.

This one comes in the 2280SS form factor so you should ensure that you have the correct size slot on your motherboard before you purchase it.

Performance-wise, the MX500 can deliver read speeds of 560MB/s and write speeds of 510MB/s – which is quite typical of a SATA SSD.

These can make for a very performant device and can be a huge upgrade for a boot drive that was previously HDD.

With its Power Loss Immunity, great performance and affordability, this is one of the best SSD for boot drive.

Again, if you do have a spare M.2 SATA slot, then this is the best SSD for boot drive. 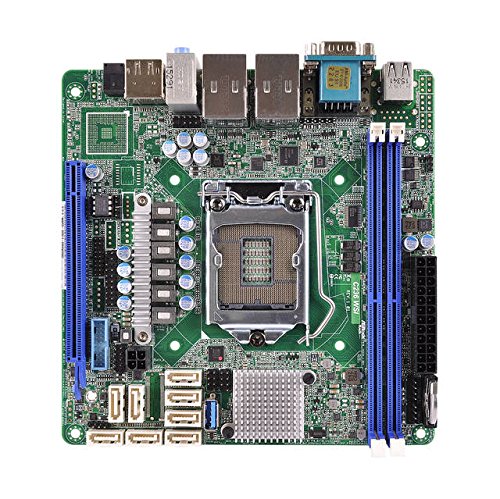 The WD Black SN750 is a reasonably priced high performance SSD drive based upon the NVMe protocol. In other words, this can achieve speeds 5 times or more faster than the SATA SSD drives reviewed above.

It’s a small form factor device that lets you use it on very small devices like slim laptops and being an SSD means that you don’t get too much noise out of it.

You will need to make sure that you do have an NVMe supported M.2 slot on your motherboard before you choose to procure this SSD. It will NOT work with the SATA ports. Even if you do get an adapter (i.e NVMe to SATA), the speeds will be brought down to the SATA protocol.

It comes in a wide range of capacities from 250GB to 2TB and is ideal for speed enthusiasts, people who want their computers to burn through tasks quickly and efficiently.

Read and write speeds on this device can go up to 3470MB/s and 3000MB/s respectively so even when booting up you can expect to see very little waiting times before your computer is ready to use.

This SSD is thus more catered toward gamers and those looking for ultra fast booting speeds.

Other programs will also load much faster compared to having an HDD or even a SATA SSD.

Being a high-performance drive makes this one of the best SSD for boot drive. It can mean the difference between waiting for the computer to boot or having it happen in the blink of an eye. 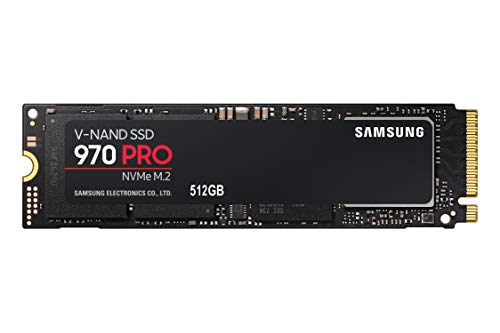 A high performance NVME SSD with an M.2 form factor for professionals.

The Samsung 970 Pro SSD is another high performance NVMe SSD drive. Like the previous SSD, this is also a high performance device, however this is more catered towards professionals such as video editors or gamers.

Note that the Samsung 970 Evo and 970 Pro are two different NVMe SSD with drastically different price factor as well as performance. You can read their comparison here.

As with all M.2 NVME SSDs, this utilizes the high-speed PCIe bus for connection and can let you move files around with speeds of 3.5GB/s for reads and 2.5GB/s for writes.

Since it manages to squeeze every bit out of the PCIe performance, it can drastically boost the speeds for booting your system.

Unfortunately, the only issue here is that this is much more expensive than the based Evo version.

Storage capacities for this unit are available in two sizes i.e 512 GB and 1 TB. Hence, larger 2 TB drives are not available. This drive is thus to be used primary for your OS and your professional software NOT for archiving files and media.

In addition to being fast, the drive comes with protection against overheating therefore safeguarding itself from damage due to high temperatures during operation.

All in all, if you are looking for a professional high performance option, then this is the best SSD for boot drive.

What is a Boot Drive?

All computers need an Operating System (OS) to work. The OS itself stays in the computer’s hard drive from where it can be loaded into RAM when you switch on your computer.

The disk drive in which the OS is installed is what is known as the boot drive. Because it has the OS, a slow boot drive can result in bottlenecks for your computer which will, in turn, affect the performance.

To be on the safe side, you should consider an SSD over an HDD as the boot drive.

Can SSD Be Used a Boot Drive?

It mostly certainly can be there is not question about that.

However, in order to use the SSD as a boot drive, you need to select it first as so from the BIOS. Depending upon the version of your BIOS, the interface can be different.

But the principle remain the same. To install windows or an operating system on a PC and to boot from it, you need to set the SSD as your primary boot device from your BIOS.

SSDs have gotten so much cheaper over the last decade that having one is no longer a luxury. Nevertheless, when looking for an SSD, you should consider your needs in terms of both storage capacities and performance as these are the two major factors that will impact your satisfaction the most.

While storage capacities can be sorted out by getting additional drives when needed, performance can be a tricky course to navigate.

These kinds of SSDs are very fast and offer some of the best performance you will ever get from a mass storage device.

This is because they rely on a computer’s PCIe bus which offers a high bandwidth connection to the chipset, allowing faster transfer speeds.

The best thing about these devices is their performance since you can get an upwards of 3 GB/s with some top of the line NVMe SSDs.

However, great performance also comes with a somewhat larger price tag. The price per Gigabyte for an NVMe SSD is much higher than that of a SATA SSD.

Modern SATA SSDs conform to the SATA III Spec which means they can have a maximum bandwidth of about 6 Gb/s which translates to 750MB/s. However, real-world speeds usually max out at about 600 MB/s.

While they are slower than NVME SSDs, SATA SSDs are still several times faster than regular HDDs.

Also, they are very affordable these days so you can get one cheaply. These SSDs look like a regular HDD at first glance and they even use the same SATA port so upgrading to a SATA SSD for your boot drive should be easy.

To use an NVME SSD, on the other hand, you’d need a motherboard with the compatible port.

In this article we looked at some of the best SSD for Boot Drives. Choosing an SSD as your primary boot drive can do wonders for the overall speed of your system.

An SSD drive is at least 5 times faster than a normal HDD. That means, booting up your system with an SSD can happen in a jiffy.

Of course, SSDs have the issue of a higher price tag. An SSD is expensive particularly if you choose to go for NVME SSDs.

As such, there is a trade-off but if performance is your primary goal, then SSD as a boot drive is an absolute must.